This past Tuesday Girl Scouts from all over Central Maryland enjoyed a day filled with the rich history of the United States government as well as the huge role Maryland played in it. Maryland is rich with historical sites and attractions most of which are still utilized today. Annapolis, Maryland is home to the Maryland State House which is the oldest state capitol in continuous legislative use!

The day started off in the rainy Lawyers Mall Plaza where all the girls met up and got to greet one another. Though the weather was not the best the girls spirits were high and invigorating. Once everyone was accounted for they headed to the House Office Building where they were greeted by the official Town Crier Squire Frederick. He rang the bell and announced loudly what the girls had in store for them for the day. Towards the end a man from an adjacent room came in complimented Squire Frederick on his outstanding performance but ask him to keep it down a little so they could continue with their meeting. This gave everyone especially the girls a good laugh.

Squire Frederick giving a typical greeting of a Town Squire.

From there the girls broke off into three big tour groups; The Women of Distinction, Colonial Stroll Through History and African American Heritage. They were able to travel the same roads and marvel at the same buildings as influential Americans before them.

After the tours everyone met at the Naval Academy and toured the campus. Highlights of the tour included seeing the Naval Academy Chapel, the Crypt of John Paul Jones and lunch in the famous Dry Dock restaurant.

The girls getting a closer look at the tomb of John Paul Jones. 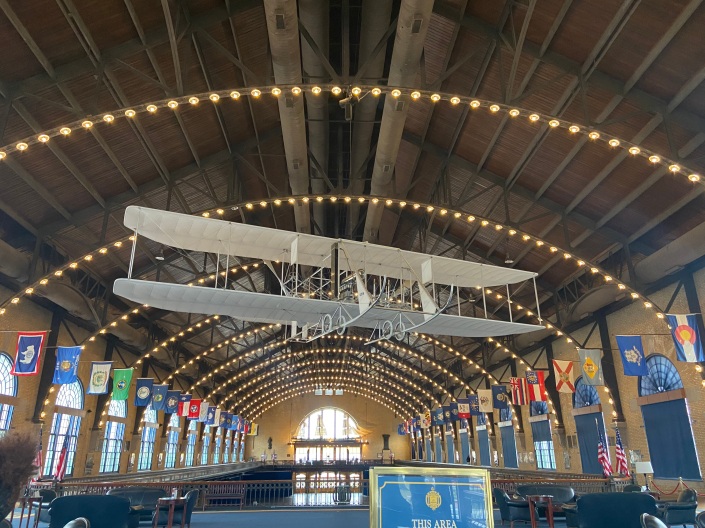 After a yummy lunch and some down time to explore the campus on their own the girls headed back to the Maryland State House where they received another tour. They were able to learn how the Legislative branch works throughout Maryland, see historical artifacts and were one of the first to see the new Harriet Tubman and Frederick Douglass statues unveiled for Black History Month.

The girls getting a lesson on how the Legislative branch works.

The girls exploring the Stairwell Room. 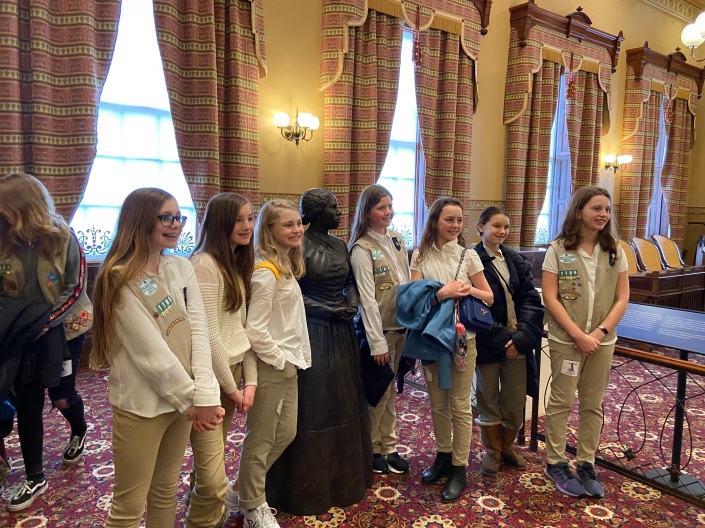 A Tour guide teaching the girls about the famous abolitionist Frederick Douglass.

After all the tours were over some of the troops got the chance to talk to their local legislatures! The girls brought up important issues that mattered to them such as  environmental protection for the Bay.

Senator Sarah Elfreth poses with Troop #1186 after a discussion on protecting the Chesapeake Bay.