Out of this world: Troop 938 launches a rocket at NASA

Girl Scout Juniors and Cadettes of Troop 938 recently had an out of this world experience launching a rocket at NASA!

It all started when this this troop of innovators decided to build a rocket for fun. With the help of their co-leader, ShaLonda Perry Loua, the girls got a rocket kit along with a launchpad and engine. Over the course of two meetings, and after reading the instructions a few times, the troop was successful in building their rocket. They added a super special personal touch by writing their names (Shell Bell, Kennedy, Chrissy, Gabrielle, Nyema, Nia, Eliasia and Jordan) on a sticker and applied it to the rocket. 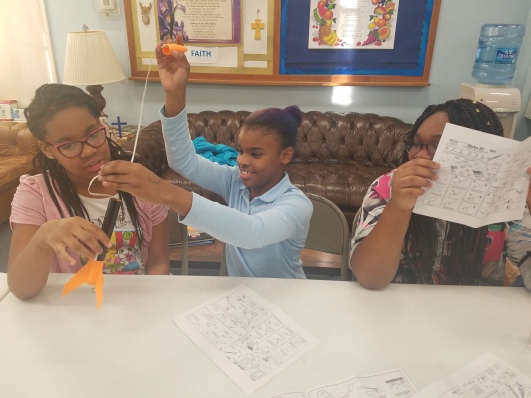 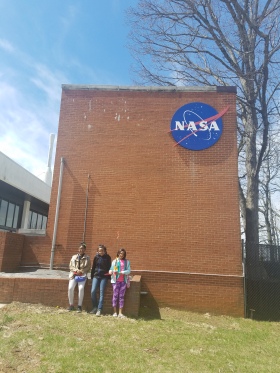 On Sunday, April 2nd, troop members Kennedy, Gabrielle and Nyema were able to take the rocket to NASA with their leaders. As the girls waited their turn, the anticipation mounted. They watched other groups launch their rockets; some were successful, and some weren’t so lucky, but this didn’t shake their confidence. They knew their rocket had a strong engine and that they assembled it correctly. There was no doubt that it would launch.

And they were right! Their rocket was one of the fastest and farthest traveled rockets of the afternoon. It went so far away into the woods that they couldn’t recover it. Click here to see for yourself!

So how did the girls and leaders feel about this experience?

Here’s what a few of the troop members had to say:

“It was fun working with the girls in the troop to put the rocket together.”

“It was kind of hard because there were a lot of pieces we had to put together and a lot of instructions.”

“At first it was kind of boring to build it but seeing it come together was very exciting.”

“Seeing it go up in the air was awesome!”

“I was anxious to see the launch. I knew it would go far!”

Here’s a reaction from one very excited leader:

“I can’t wait to go to work tomorrow to tell my co-workers what we did today.”

Because half of the troop was unable to make it to the launch, they plan to build another rocket and visit NASA again.

Does your troop want to launch a rocket at NASA? NASA allows the public to come and launch rockets on the first Sunday of every month. Girls even receive a fun patch for their uniforms! Check it out and let us know how your launch goes by emailing communications@gscm.org!